With over 50 years of selling and renting experience, we can help you find your dream property.

Our core values guide us through everything we do - Integrity, loyalty and excellent service. 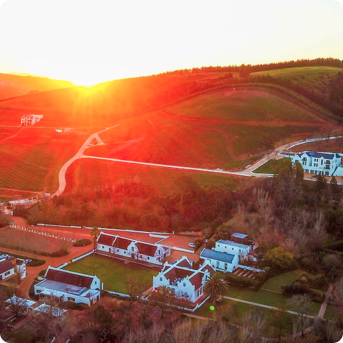 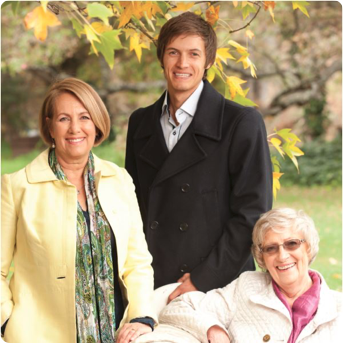 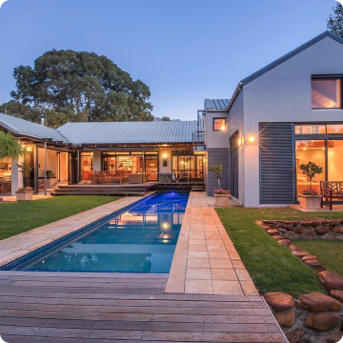 "STELLENBOSCH has a unique property market, not easily compared to those of any other town in the region. Property prices are higher, but their value has to do with far more than a figure on a paper. It has to do with a long-established lifestyle, with the scenery, the mountains, the rivers and of course the quiet wineland surroundings. "

So explains Anna Basson, veteran property agent and one of the first women's agents in Stellenbosch. As early as 1972 she announced her entry in the industry with an advertisement in the local newspaper. The trade name Anna Basson followed in 1985 when the then Trust Bank closed its property division. Soon after, in 1989, with a transaction in Mostertsdrift, the well-known logo with its Cape Dutch gable originated. Now retired and with her company safe in the hands of the second - and third! - Basson generation, Anna Basson talks with authority on local property matters.

She inherited her keen business sense from her father, initially managing her company from home. Her first business deal was the sale of a house in Dalsig for the amount of R14 000!

"My sales strategy was very simple," she says. "It was simply being honest. I learned a lot from a well-known lawyer in town, Piet Marais, who taught me everything about contracts, business practices and especially ethics. I learned to have empathy with people. He later served as minister of education.

"In those years Dalsig was THE address in Stellenbosch. Ironically, the homes in Mostertsdrift were considered too old and nobody wanted to stay there. Everything had to be modern. Today it’s different," she says. "Stellenbosch is blessed with so much of value! The absence of heavy industries and pollution plays a major role in giving the town’s property market a unique character. Agriculture (including the wine industry), as well as the high cost of land and the standard of densification and solid urban boundaries (ensuring that the town does not expand indeterminately) results in higher property value.

"Since I can remember property prices were always higher in Stellenbosch than in neighbouring towns. Good schools and popular sports such as rugby and athletics were a major attraction. Of course, Maties also has its home here.

"Whenever there was a slump in the economy in the past, real estate prices in Stellenbosch really only stabilized, especially in the 1980s," she said. "In the 1990s, Stellenbosch changed from an academic town to a town popular with the affluent and those in business leadership. One thinks for instance of celebrities in the business world like Jannie Mouton of the PSG Group, GT Ferreira of RMB, Christo Wiese with his involvement in Lanzerac, Whitey Basson of Shoprite, Steinhoff International, Capitec Bank and more recently Mxit with Michael Jordaan as chairman. Of course, there was Dr. Anton Rupert who made a big impact in Stellenbosch’s history. Without his intervention on the fierce demolitions of the late 1960s and early 1970s, Stellenbosch would have lost a great part of its unique character "she said.

Anna Basson also left her mark in Stellenbosch. With the motto "Leef Stellenbosch", the company is now managed by her daughter, Mari Basson-Carstens, with the third generation represented by her grandson Herman Carstens. Like his female predecessors, Herman plans to uphold this estate agency's brand and motto, reflecting the historic and cultural value of Stellenbosch.